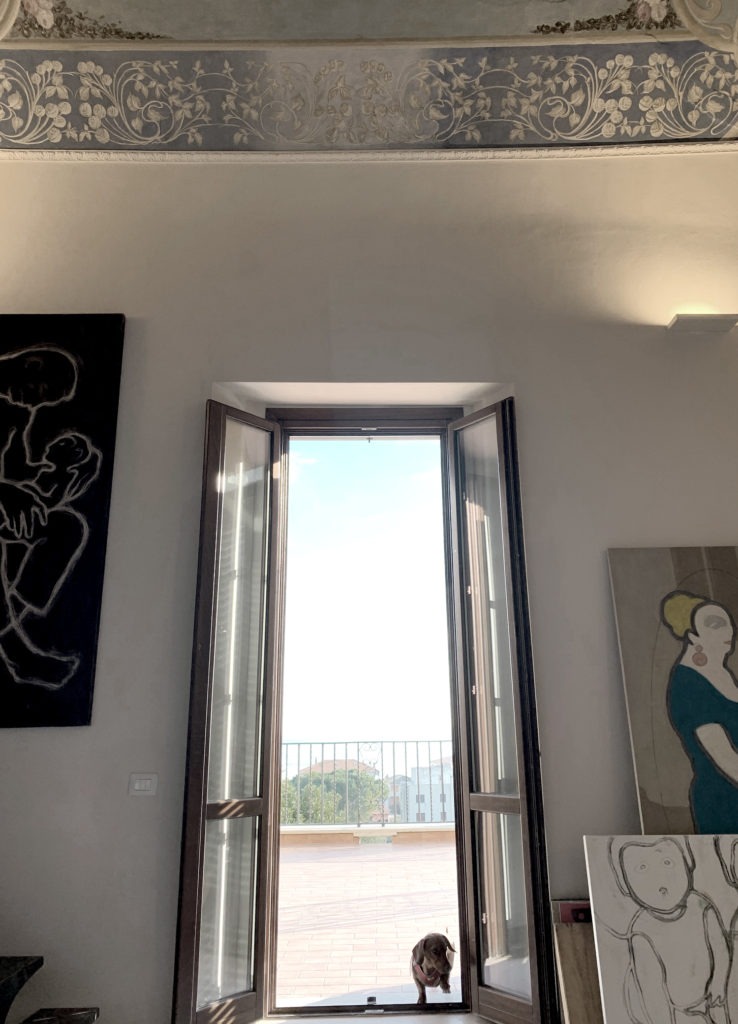 Fabrizio Sannicandro’s art draws from the figures and objects of normality, those that appear trivial and obvious to us, portrayed in the fragment of a dilated time, making them appear unique, almost heroic in their presence.

The images that arrive have anonymous, untitled characters as protagonists, but which despite this, rightfully occupy a place in absolute time.

In his works there is no reference to aspects of historical reality, no detail that can lead us to traits of personal identification or a social reality. The portrayed figures inhabit the settings and rooms of an absolute space, bringing to light the fine lines which connects us all.

Faced with a drawing or a work by Sannicandro, for a moment the certainty of being able to understand the general sense of the image blazes in us; a few moments later that security dematerializes into a more massive feeling of estrangement. You get to experience eternity. And this eternity is contrasted by the finiteness of human existence.

Although the figures are underlined throughout their volume, almost as if leaving the perimeter of their representation, at the same time they shy away from a timeless dimension, subtracting their features in the suspension of the moment depicted and becoming abstract.

It is from this type of abstraction that pull on the soul and are probably impossible to experience in the face of concrete and rational contours whose artistic coherence with realism, no doubt, come to life.

Each figure or group that is portrayed represents a type. Looking at these images, one cannot help looking at them as archetypes or human typologies.

A research that revolves around the combination between the particular and the universal, between the temporary nature of the moment and the perfection of the eternal. A continuous transition between realism and abstraction, which is accompanied by a tendency to take away more than to add: a reductionist process that leads to the essence of the composition.