Fabrizio was born in Teramo, Italy in 1965. After attending the Liceo Artistico in Teramo he studied painting at the Academy of Beautiful Arts in Bologna where he graduated in the 1980s. This was during a historically significant time for youth culture in which artistic and cultural experimentation created a strong pollination between various expressive artistic forms.

Fabrizio specialised in comics and attended the historical school of comics’ Uncle Feiningher, coming into contact with characters and authors of the Valvoline group, including Andrea Pazienza and Daniele Brolli). He has created illustration and graphics studies for design and advertising agencies. 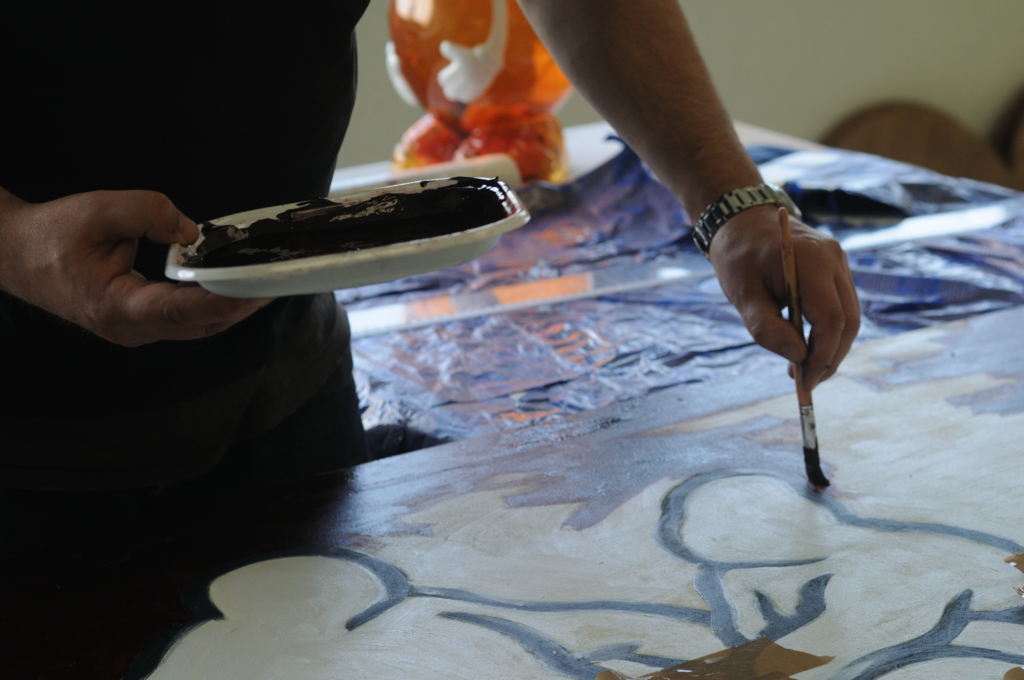 After a long stay in Bologna, he took part with various exhibitions in Italy and abroad. During this period an increasingly defined research took shape for Fabrizio between the sign of comics with the spatiality and time of painting. In his works comic characterisation and “illustrative” competence take on a more poetic and visionary dimension. The interdisciplinary approach, at the basis of his artistic training, remained constant with his paintings, where we find references to graphics, design and architecture.